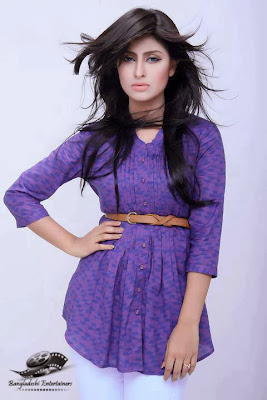 Shokh (Full Name: Anika Kabir Shokh) is a Bangladeshi Model and Actress. She was born in Dhaka in 25 October, 1993. Although she is a well-established Supermodel and successful actress in both small and silver screen, she started her career as a dancer. She doesn’t continued her career as a dancer though in her interviews she admitted that her knowledge of dancing helped her performing in TV Commercials and films. Her first media appearance was as an actress in 2002, when she was in school Student. She acted in two TV Dramas (Bangla natok) as a child actress and then took a break from the showbiz for couple of years. Then she returned to the media as a model. She became one of the top models in Bangladesh in a short time upon her return. She started acting on TV in 2009. She debuted in Dhallywood Film ( Bangladeshi bangla cinema) in 2010 with the film “Bolo Na Tumi Amar”.

Bangladeshi model Anika Kabir Shokh was born to Shamim Kabir and Shahida Kabir in Dhaka in 25 October 1993. None of her family members or any relative have worked in media. Though, her father wanted to be work in Showbiz Industry. He couldn’t make it, because of the family responsibilities, as he was the only earning memberof his family. But, he always wished that her daughter Shokh can get a break in the media. For that reason her father enrolled her to one of the oldest academies of fine arts for children in Bangladesh, Kochi Kachar Mela to learn dancing, when she was five years old. 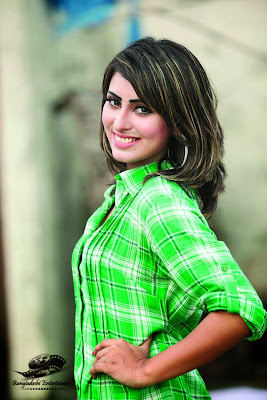 She learned dancing there for couple of years.Afterwards, she was enrolled in Shishu Academy, which is a Bangladesh Government owned Fine Arts Training academy for promoting cultural development of children and nurturing their talents. She had done a three years dancing course from there. Later, she enrolled in Bulbul Lalitakala Academy also known as BAFA (Bulbul Academy for Fine Arts). She had participated in many cultural programs abroad in government sponsorship. She doesn’t continued her career as a dancer though in her interviews she admitted that her knowledge of dancing helped her performing in TV Commercials and films.

In 2002, director Didarul Alam Badal casted shokh for his TV Drama (Bangla Natok) “Shakkhor” as a child artist. Her debut in the small screen was the TV Drama “Shakkhor”. Despite being a child artist in her debut TV Drama, but her role was the central character. In that drama, acted alongside Raisul Islam Asad, who is considered as a legend in Bangladeshi Small Screen. Raisul Islam Asad was so impressed by her performance that he told her that someday Shokh will be more famous then himself. Her second and last drama as a child artist was director Kayes Chowdhury’s TV Drama (Bangla Natok) “Nikti”. In that drama, she worked alongside famous veterans such as Toukir Ahmed, Afsana Mimi and Amzad Hossain. Her performances in both of the dramas were praised by critics, but failed to give her much deserved media attention. That leads her to take a break from the media for around five years.
In 2007, BD Model And Actress Anika Kabir Shokh came back to the Showbiz as a model. First she did few Ramp and Photo shoot modeling. Then she debut in TVC as a model for Sunsilk Shampoo. By that time she became a well-known face in modeling. She got the nationwide recognition for performing in URO Lemon TVC with Film Actor Riaz. In that time, Riaz was the most popular actor in Dhallywood. Her performance as a model in Tibet Soap and Chandan Cream’s TVCs have also made her a familiar face among small screen audiences.
Bangladeshi Model Shokh became one of the top model in Bangladesh in span of two years. She is one of few supermodels in Bangladesh, who has worked for almost all the top tier TVC makers in Bangladesh, such as Amitav Reza, Mostofa Sarwar Farooki, Benu Sharma and Wahid Tareq. Her most notable TVC are Uro Lemon Carbonated Drinks, Banglalink Desh, Citycell, BD Powder Spices (BD Gura Mashala), Toshin Fan, Walton TV and many more. Besides that, Shokh is the brand ambassador for Fashion House Vasavi and Mantra, Boutique House Rang, Abartan and Text Mart, Nokia, Walton and Tibbat. 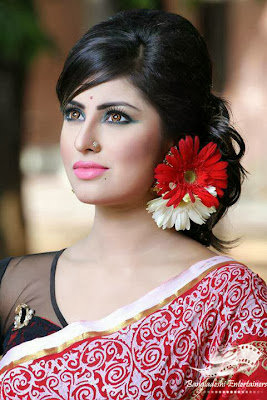 After starting modeling, she also restarted acting in small screens too. Her modeling success also followed her in acting as well. She gained nationwide popularity in a very short time. Her first appearance after coming back from the break was Soap Opera “Otvuturay”. Her notable TV Dramas are “Fifty 50”, FnF (Friends n Family), “Collage”, “Diba Ratri Khola Thakey” “Rong”, “Relation”, and “Chader Nijer Kono Alo Nei”.
Although Bangladeshi actress Anika Kabir Shokh was doing well in Small Screen, she admitted that her main goal is to become an established film actress. Shokh debuted in silver screen with a comedy-action film “Bolo Na Tumi Amar” in 2010. It was directed by M B Manik. Her main co artists in the film are Shakib Khan, Nirob and Toma Mirza. This film was a blockbuster hit. She took a two and half year break from silver screen, prior to her second film is “Olpo Olpo Premer Golpo” in 2013.