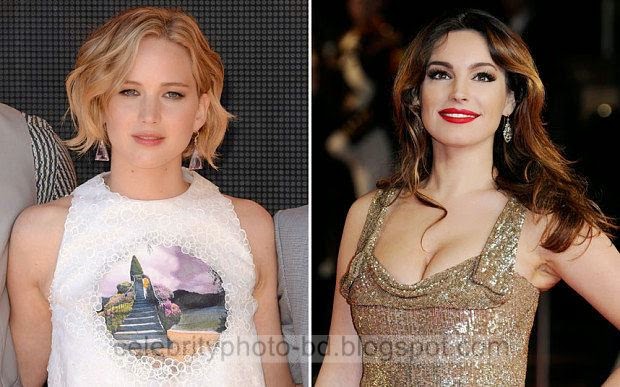 A devious hacker has caused a huge scandal involving Oscar-winning actress Jennifer Lawrence, as well as many other A-List celebrity women by stealing nude photos from their iCloud accounts. An official representative of Ms. Lawrence has confirmed that the pictures are indeed actual images of the young actress and is threatening legal action against anyone who posts the photos stolen from her.

The hacker has stated that they have a great many more nude and scantily clad photos that belong to other young women of Hollywood, including Kate Upton and Ariana Grande. The hacker’s identity still remains unidentified to the public, but it is known that they were posting said photos on the online image-based bulletin board called 4chan. They reportedly offered to post more photos of these women in exchange for money. Many other users have sadly succumbed to this morally questionable request.

Lawrence has not been the only one to admit the photos are real. Horror film star Mary Elizabeth Winstead took to Twitter to give the hacker and anyone viewing the photos a piece of her mind. She stated in her tweet that she hopes the people viewing her naked photos, pictures she reportedly took years ago with her husband, feel great about themselves for invading her privacy. She also said that her leaked photos were deleted a long time ago, so it is very creepy that someone went through that much effort to try to find them. What people like this hacker do for attention can be truly repugnant.

Although this hacker has stolen legitimate nude photos of Jennifer Lawrence and Mary Elizabeth Winstead, there are a number of targeted stars who have reached out to the public to set things straight. Pop princess Ariana Grande has had a representative of her own announce that any photos posted by this hacker are “completely fake.” Victorious actress, Victoria Justice, tweeted that her so-called naked photos are falsified as well, and she cleverly states that she is going to “nip this in the bud” while she can, blatantly stating “pun intended” at the end of her tweet.

Some will fight the argument of privacy violation by stating that these women should not have naked pictures of themselves at all. If this is the case then they will have to preach that same lecture to over half the world’s population (all which happen to be under 25 years old). Sharing nudity with significant others is a part of life and nudity in general is a topic that the world is gradually accepting into society, whereas a direct invasion of privacy is not accepted.

Jennifer Lawrence’s representative stated to the Huffington Post that this violation of privacy is positively immoral. He is absolutely right. America in general, and Hollywood in particular, has a disgusting obsession with nudity and sexuality in women – very young women at that. Most all Hollywood starlets are well aware of the fact and some even use it to acquire their fame since they are not equipped with the talent to truly make it in the entertainment business, hence Kim Kardashian and Paris Hilton types. Actresses, musicians and entertainers like Jennifer Lawrence and Ariana Grande have proven their worth in the spotlight through their evident skills in their craft and extreme determination to rise to the top. Now that the young stars have a “nude photo scandal” a majority of the common public will begin to put the starlets into similar categories as the Kardashians and other sex-tape stars. It is truly sickening when an imbecile like the aforementioned hacker attempts to (consciously or subconsciously) destroy or road block careers for one’s own selfish and temporary personal gain.

Although the flagrant hacker has stolen numerous amounts of nude photos of Hollywood starlets, the likes of Jennifer Lawrence and similar powerhouse A-Listers are not going to let a small speed bump such as this mess up their road to success. Talent and the practice of being genuine will always overcome scandal and the practice of being devious. Perhaps people such as the iCloud hacker will learn that some day.